Savings are as clear as black and white 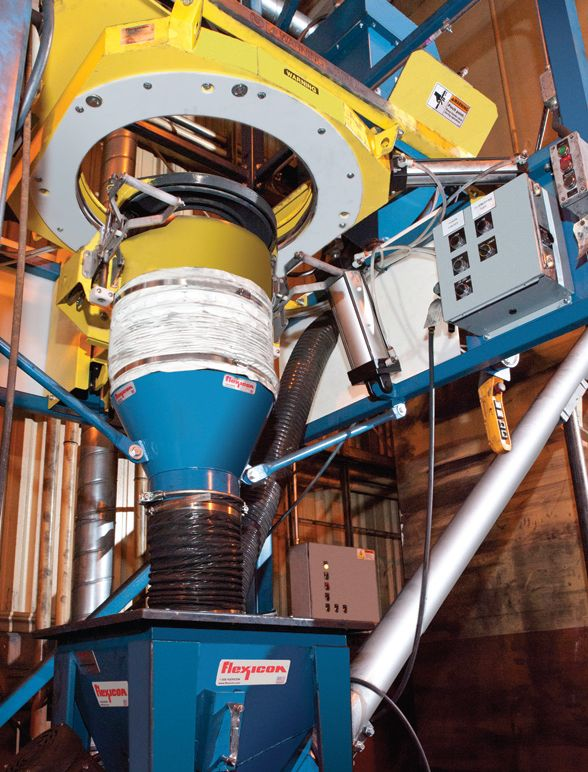 The replacement of a large silo storage system with a bulk bag discharging system from Flexicon has allowed elastomer manufacturer Kirkhill-TA to cut its carbon black inventory by 90%, while preventing the dust from contaminating the plant environment. Other benefits include cost savings and improvements in efficiency and competitiveness.

The bulk handling system is the latest upgrade for the company, which began making gaskets, seals and other elastomeric products in 1919, and  now produces highly engineered silicone parts for commercial and military aircraft, missiles, and even the Space Shuttle.

Carbon black is one of Kirkhill-TA’s main processing materials. Adding carbon black to an elastomer reduces its rate of thermal expansion, enabling it to maintain an airtight seal in high temperature applications. It can also modify elongation, rigidity and other physical properties, and impart conductivity to prevent static discharge.

As Kirkhill-TA moved from mass production of industrial parts to lower-volume production of aerospace parts, it became unnecessary and costly to maintain carbon black inventories in silos.  “With railcars, we had to bring in 136,363 kg of carbon black pellets at a time,” said Larry Pierce, vice president of technology at Esterline Technologies, Kirkhill-TA’s parent company. “We only received shipments a few times per year, and were tying up close to £155,000 in inventory with each shipment.” Controlling these inventory costs therefore became a priority. 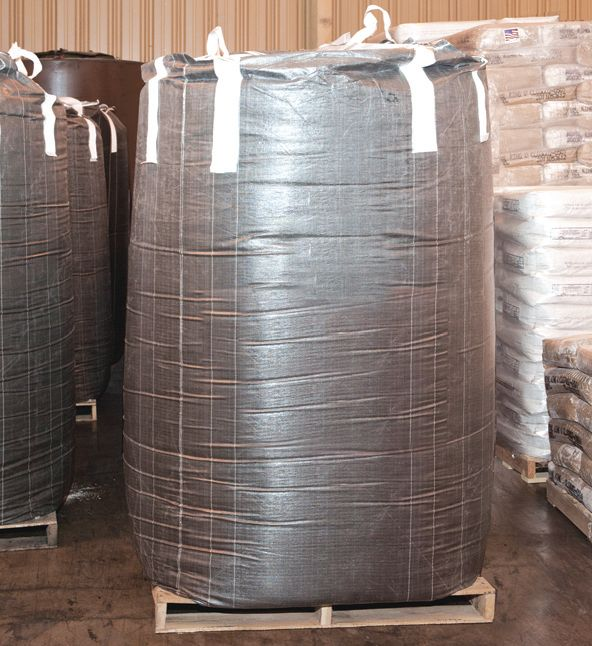 This meant the new materials handling system had to improve inventory efficiency and keep costs in line. It needed to use as much of the existing infrastructure as possible. Finally, it had to prevent carbon black dust from escaping into the plant or processing equipment.

Carbon black is produced by burning heavy oil or tar to form soot-like particles. When airborne, they can penetrate operating equipment. “Carbon black tends to soak up lube oil,” Pierce said. “If it gets into the bearings and rollers, they will wear out prematurely.” It can also cause short circuits.

Because carbon black is a petroleum product, California classifies it as a hazardous material. While carbon black ships as 1-3 mm diameter pellets to reduce the likelihood of airborne release, manufacturers must remain vigilant to prevent spills and the cleanup that would follow.

At Kirkhill-TA, the carbon black was handled by a rail offloading station, including screw conveyors and bucket conveyors, and two storage silos. Carbon black pellets flowed from the silos to the company’s Banbury mixers two ways: by pneumatic conveyor and, when weight in the silo fell below 22,675 kg, by large steel totes that hold approximately 909 kg of carbon black. The pneumatic conveyors are no longer utilised, but the steel totes and weighing system remain as part of the new bulk handling installation.

Bulk bags were a clear choice for receiving carbon black. First, they are available in 455 and 910 kg sizes, large enough to receive bulk discounts. While vendors charge less for bulk railcar shipments, the savings are largely offset by higher rail transportation costs. By switching, Kirkhill-TA would pay only a fraction of a cent per pound more for bulk bag deliveries. Add in the savings from minimising inventories and eliminating silo maintenance, and the bulk bag system pays for itself.

The bulk bag discharger also improves site cleanliness. It moves bulk material handling operations inside the facility, so any accidental leaks are contained within the plant. The discharger also uses dust-tight connections to fully contain carbon black until final addition to the mixer.

Trucks deliver 10 to 12 palletised bulk bags at a time, and each bag is lifted into the cradle onto the bulk bag discharger. The discharger unloads carbon black pellets from the bulk bag into a purpose-built hopper, from which a flexible screw conveyor transfers the material to a steel tote. A forklift transports the tote along the mezzanine to the container above one of the mixers, where it releases its load.

The discharger is able to fully contain the material being unloaded through the use of a Spout-Lock clamp ring and a Tele-Tube telescoping tube, so contamination is avoided. Flow-Flexer bag activators promote full discharge.

Above the clamp ring, a Power-Cincher flow-control valve encircles the upper portion of the bag spout to allow retying of partially empty bags. When the bag is empty, the operator actuates the Bag-Vac dust collector, which generates vacuum within the sealed system, collapsing the empty bag dust-free for retying and removal.

The conveyor encloses a flexible stainless steel screw which minimises compression of the carbon black. The intake end of the conveyor attaches to the outlet of the hopper, and being fully enclosed, the conveyor assures plant cleanliness. A batch timing control activates the conveyor for a repeatable time interval to fill the tote.

Rising to the height restriction challenge

Helping to save time, money and the environment